South Warwickshire and the Friends- all friends together

On Sunday 17th June the  ‘ Friends ‘ visited Leamington Spa B.C. for a special match against South Warwickshire B.A. and its President Fred Bannister to support a worthy charity Zoe’s Place , which is a hospice for babies and Children under 6 yrs with life limiting Conditions.

The ladies and Colin who fed us so well

On arrival the ‘Friends’ players had the opportunity to purchase for lunch a variety of filled rolls, sausage rolls and salad. All the money collected was then donated to the Charity.

The weather was slightly cool with a hint of rain to come but in the event it stayed dry all the afternoon.

After a Team Photograph and Australian Spider ( where the winner has a bowl closest to the far ditch ) the match was played on Green C  immediately in front of the pavilion and the green played very well with many reminiscing about the National Championships to come in about 6 weeks.

It was a very enjoyable and competitive match with the scores on 5 of the Rinks very close with the teams sharing 2 wins each with 1 drawn. However on the final Rink the Hosts were overwhelming winners and in consequence won the match 94 – 124. 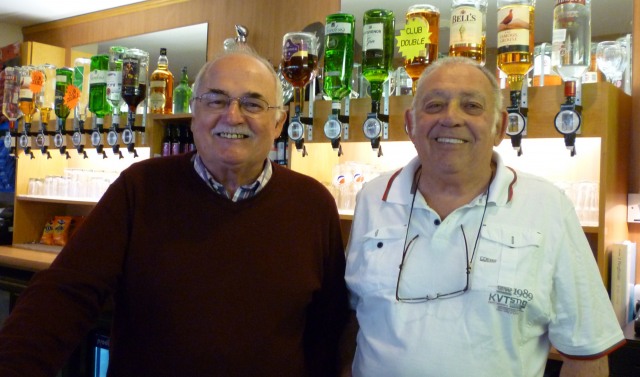 Jim and Maurice who manned the bar all day

After the match everyone sat down to a magnificent meal.

President Fred Bannister then welcomed everyone to his home club and explained more details of his charity and was warmly applauded by all the players. He also reminisced about the number of times he had played on Rinks with Friends captain Geoff. He then presented prizes to his highest winning Rink.

In reply Friends captain of the day Geoff Hunt confirmed the great pleasure it was to visit and also to support such a worthy charity,

He then gave details about the ‘Friends” history since they founded in 2005 and the funds they raise. He then introduced the 5 Committee Members playing in the match.

He explained that Friends members are from all round the country and that there were players from 11 Counties present for this match.

Finally he presented President Fred with a framed Certificate to commemorate the visit. 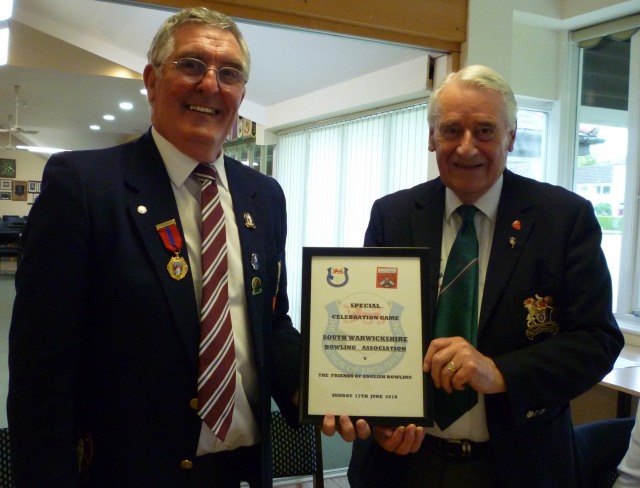