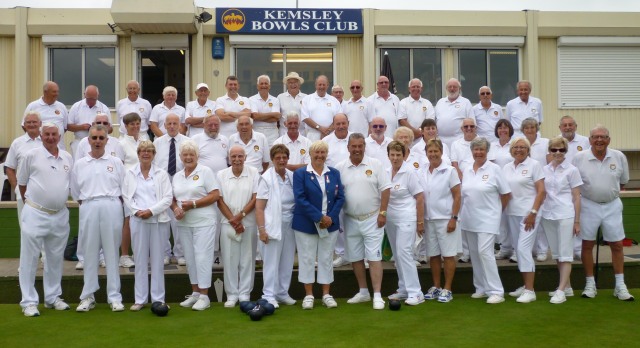 Kemsley BC and the Friends line up before the match

An emphatic win by the Friends playing with representatives from 10 Counties against a club with less than 40 members.  Ok, well done Friends! – but that said the win was irrelevant.  The hospitality from the club, the friendships forged during the game and the banter across the rinks said everything about Friends celebratory matches.

While the players were still asleep in their respective hotel beds our hosts were busy preparing for the day ahead, some as early as 5 am………yes really! 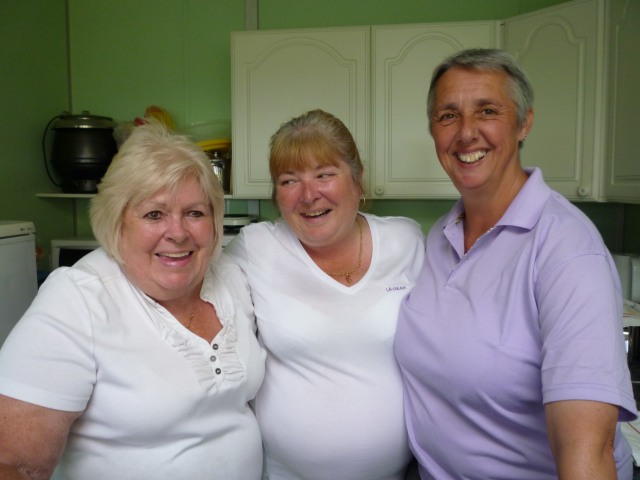 Chris, the wonderful lady in charge of the catering, with her daughter and Tracey – two of the many ladies who helped her look after us so well

Kemsley be very proud of yourselves, we threw vegetarians, coeliacs and other difficult diets at you but you came up trumps with a super lunch, tea and biscuits at ten ends followed by a lovely tea with everyone catered for.  Thank you so much for that and the lovely green to play on (thank you Peter).

You have reached 90 years with some difficult times in the past, including arson in 2002 and some major landmarks including Rodney Clark as County President in 2015. 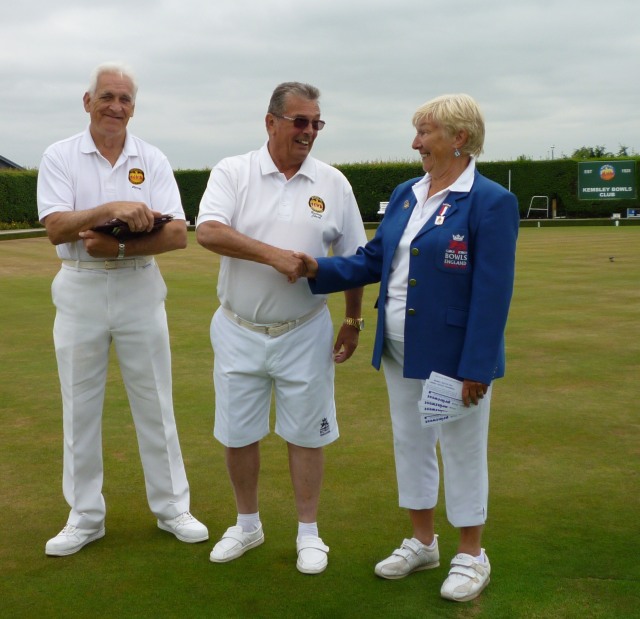 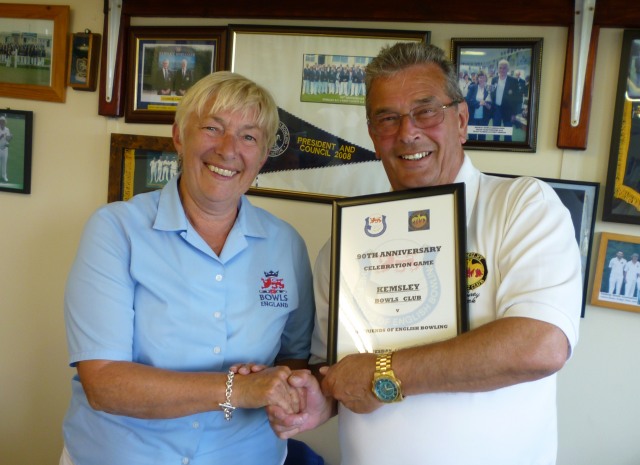 The day ended with both sides wanting to return for the Centenary in ten years time.  A great day!  Thank you Kemsley.