Maidstone B.C. line up with the Friends for the customery photo

Thursday July 12th was the last day of the Friends tour to North Kent, where we were delighted to be invited to play at Maidstone B.C.

Besides hosting a match with the Friends, they had a fixture at nearby Westborough in the morning and following our game they were playing in the local Millenium Cup League, so it was all hands to the pump!

The club provided us with a magnificent buffet on arrival with Ladies Chairman Diane, covering several jobs on the day, along with Mandy, Pat & Arthur who all worked tirelessly throughout the day culminating in a delicious after match meal. 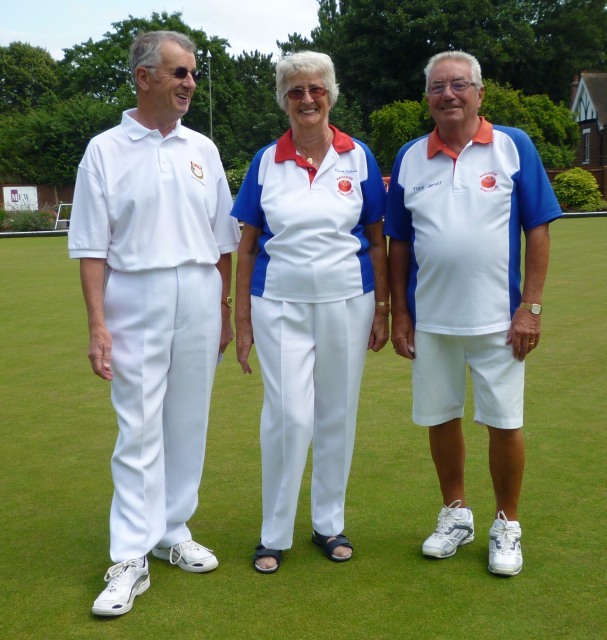 Ladies Chairman Diane Lefevre with the Captains of the Day. Graham Rogers and Tony Jarrett, formally
welcomes the Friends to Maidstone B.C.

The green was in very good condition, despite the very dry weather and the garden surroundings were a great credit to all those who worked on them.

After a slightly shaky start the Friends rallied to produce a score-line of 60:50 at 10 ends but were pegged back to 89:87 at 15 ends, so the game was in the balance. However, in the end the Friends came through to win 131:120, with the top rink coming from Maureen Aitken, David Wederell, Tony Taylor and Marcia Dunstone who put in a card of 28:15.

Maidstone’s top rink was Gay Morgan, Vic McCormick, Bob Copper and Gordon Gully who had a great game of 23:14. 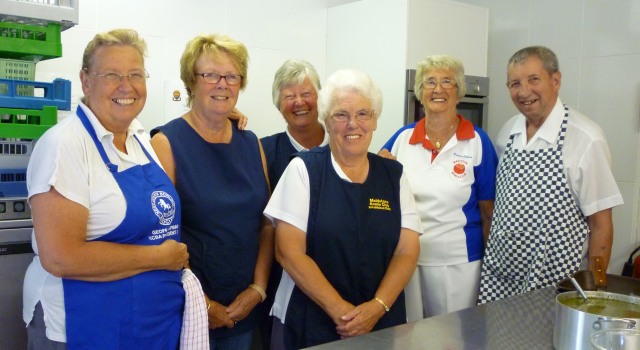 Arthur with his harem of cooks and helpers. Including Mandy, Diane and Pat (who also helped behind the bar)

The Friends were represented by players from 11 different counties and we were also very grateful to Tony Petts, Brenda Green and Maureen Aitken for helping us as we were a few players short on the day. 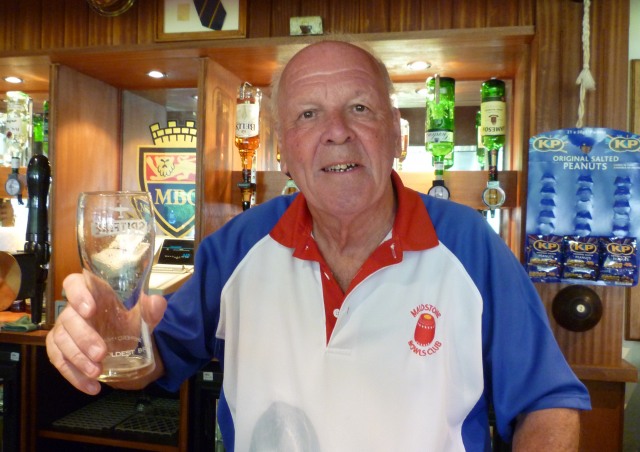 Captain Tony of Maidstone proudly represented the club and made sure our needs were well catered for both on and off the rink. 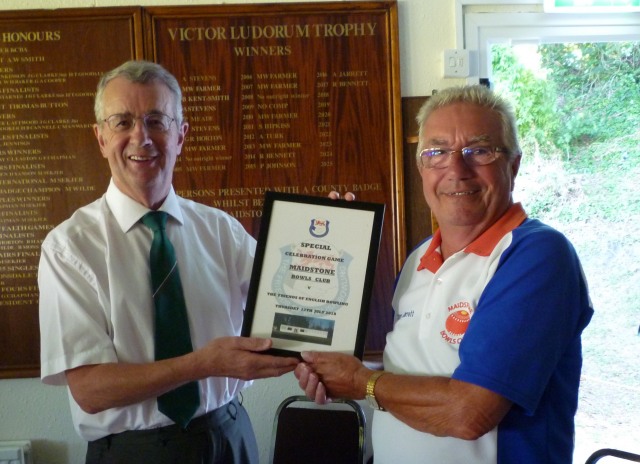 A very big thank you to all the officers and members of Maidstone who gave us a memorable day at their club and brought to a conclusion a great three-day tour of North Kent.