Members of the Peninsula B.C. line up with the Friends before the match

In the first of three matches in North Kent the Friends were royally entertained at Peninsula BC in Hoo,  just outside the city of Rochester. 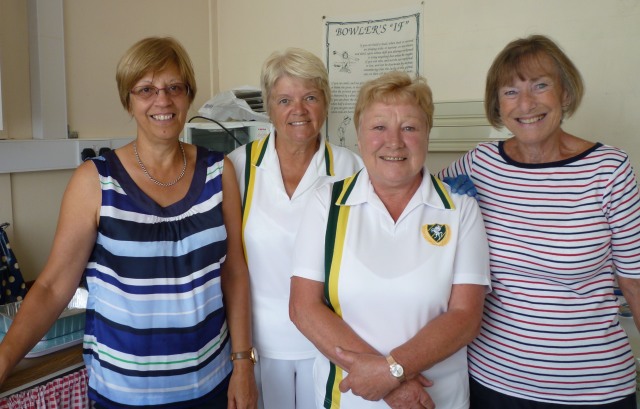 The lovely ladies who made us so welcome with cups of tea, bacon and sausage butties and scrummy cakes

We had been invited last year to visit the club to celebrate the opening of their new clubhouse being provided by the building contractors developing a new housing complex around the green.  Sadly due to problems experienced by the contractors on the site the club still awaits its new clubhouse but it is coming later this year. 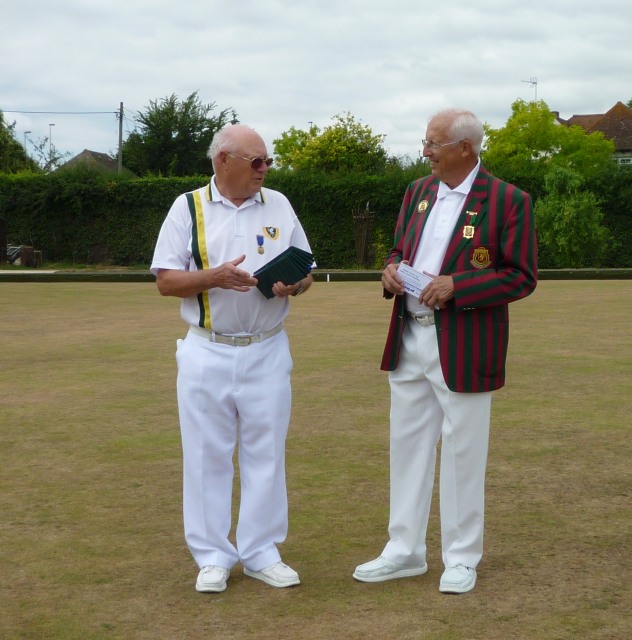 It was initially a dry cloudy day and quite fresh out on the Hoo peninsula but as the day went on the sun returned and we enjoyed the game on a sunny humid afternoon.  PBC Captain of the day was Brian Trill who is Kent’s SVP and we offer him our best wishes for his 2019 presidency of the County.

We enjoyed a good game on a very dry and fast running green.  The Friends best rink was Adie lloyd’s including Maddie McConomy, Cyndy Lee and John Thompson.  The Friends won by 54 shots but that is not important. 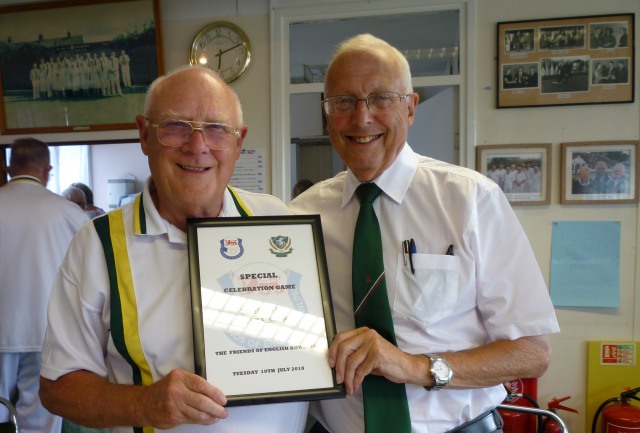 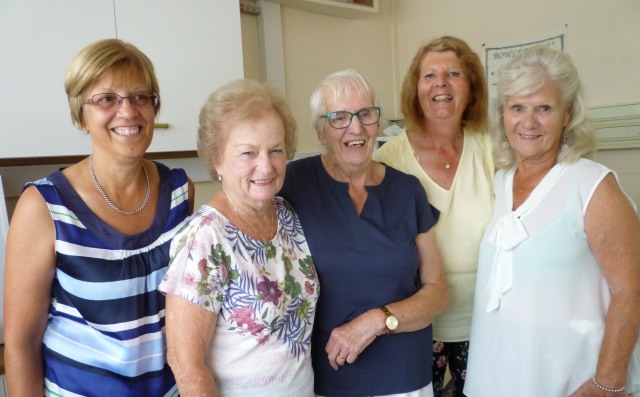 The winner was bowls and many new friends were made.  Once again a very big thank you for a great start to our tour of North Kent.  We all look forward to visiting you again in the near future to see your new clubhouse which should be up and running for the 2019 season.