The Friends of English Bowling 2 Wood pairs took place today during the National Championships at Leamington Spa.  30 pairs took part.  The morning was overcast but the afternoon was hot and sunny.  Last year’s winners (Ken Eichen and Frank Barrett) were beaten in the first round by last year’s runners up (Jenny Ralph and Jackie Bryant of Bedfordshire) who went on to contest the SF against Terri Keen (Bucks) and Rosemary Ellman-Brown (Sussex) winning 10-5.  The other SF was contested between Margaret and Mike Morris (Oxfordshire) and Alan Hill and Stephen Hemsley (Lancashire).  The Morris’s winning 17-5.  The final was a very close game involving an extra end of 1 bowl per player with Margaret and Mike winning 13-12.

The finalists together with Chairman Geoff 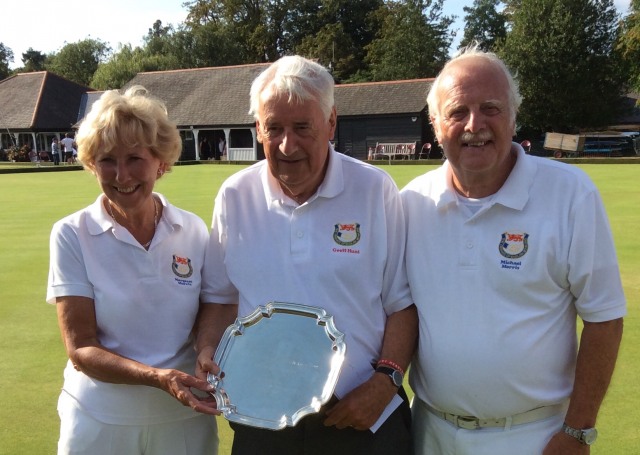