Sir Francis Drake and Friends – on a cloudy but hot day

After a night of thunderstorms, the day dawned cloudy for the Friends’ game against the Sir Francis Drake Bowling Club in Plymouth.  We were welcomed to the green by President Brian and Captain Sam of the host Club, and before play enjoyed a sumptuous buffet which had, of course, to include scones with jam and cream.   There was a light wind and it was slightly chilly as play began and after the overnight rain the green was a tad pushy but as the sun came out the Friends warmed to their task and in a very enjoyable game, played in a sporty manner, the Friends emerged with a 122-83 shots victory. 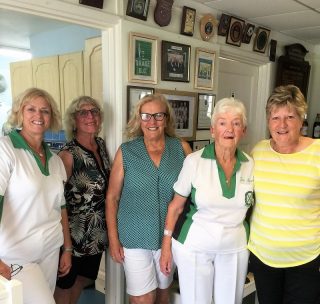 Following the game Captain of the Day Kay Kerley thanked the Club for its hospitality and presented a certificate recording the Friends visit.  She also presented prizes to the Friends highest rink of Charlotte Sliney, Richard Peyton, Kay Kerley and Mike Skerry. 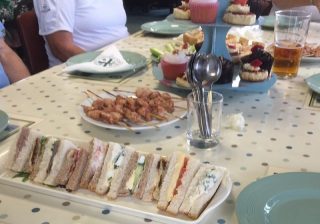 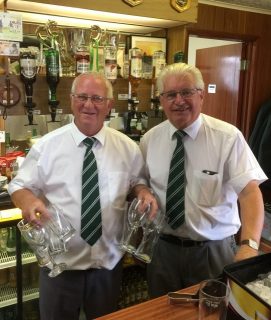 Unusually on this occasion, the speeches took place before the post game meal… for a very good reason…. We had to wait for the pasties to cook!   A visit to Plymouth would not be complete without having a pasty and very enjoyable they were too! 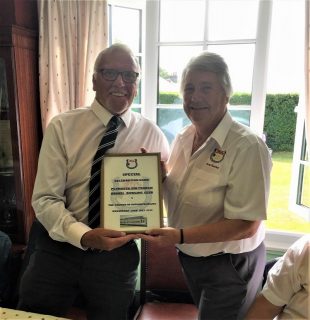