On Thursday 29th August more than 100 Members of the Friends gathered at Leamington Spa,  many attended the AGM – and then on to play in the annual match against the BE team.

Although rain was expected it turned out to be a sunny, but windy, afternoon.  The match is always very competitive against friends and colleagues on both teams.   5 rinks played on Green C and 5 on Green D.  As usual with these games, there was much laughter, although the game was not put in jeopardy.

The players returned to the Irish Club for the after-match meal, just in time for a pre-dinner drink.

Following the meal B.E. President Hazel and Friends Captain of the day Geoff Hunt addressed the players and guests.  President Hazel gave the result of the match which gave the Friends team a win on 9 rinks and a draw on 1 rink,  and an overall win by 101 shots.    Captain Geoff in reply confirmed that he was surprised at the result as it had seemed so competitive through the afternoon with many rinks very close.   He thanked former Naval Officer Senior Vice President Paul for organizing the seating arrangements into rinks with the use of his Bosuns Whistle, and asked whether it would be used again next year.?

President Hazel and Captain Geoff presented gifts to the Highest Winning rinks for each team.  They thanked the Irish Club for the meal and all the arrangements to end a very successful and enjoyable day. 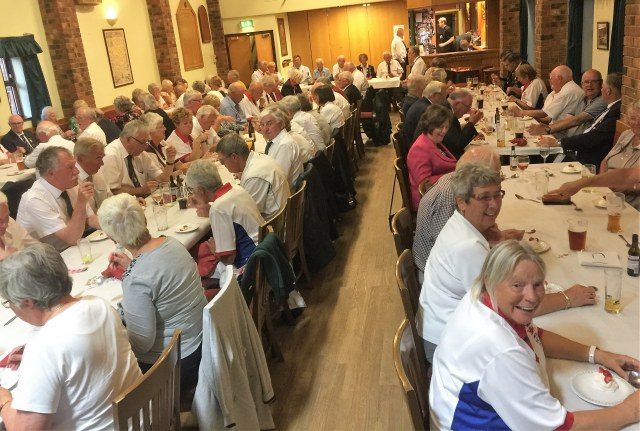 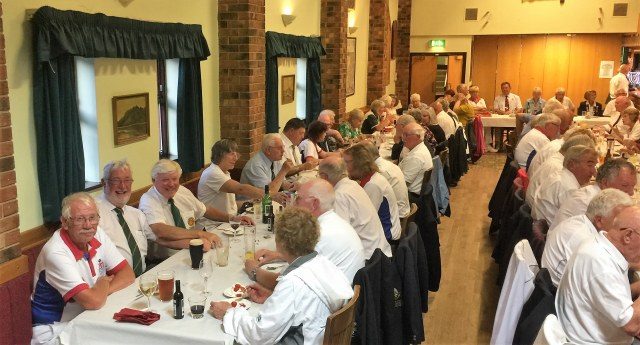 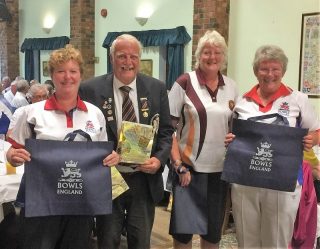 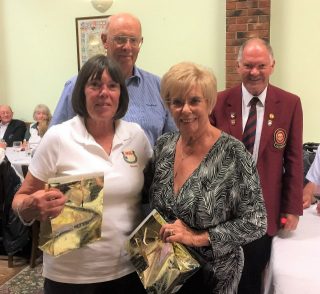