Gerrards Cross line up with Friends

Friday 6th September:  The third match of the Friends visit to Buckinghamshire was at Gerrards Cross Bowls Club.

We were welcomed to the club by Kirk Smith, the President and Alan Price, the Captain.  Kirk is the son of Eric Smith, one of the gentlemen who conceived the idea of a group of bowlers financially supporting bowls in England, and he assured me that his late father would have thoroughly approved of the wonderful organisation the Friends has now become. It was a pleasure to meet Mary, Kirk’s mum, who was one of the team of ladies who provided us with a delightful buffet lunch and after match meal.

With Cyndy Lee present, we were all organised for the pre match photo, and prepared to commence the game in cool, blustery but thankfully dry, conditions. The green was in splendid condition and proved to be very much to the Friend’s taste, with the result a resounding win by 129 shots to 80.  Mike Skerry again skipped the highest winning rink, aided by Sandra Smale, John Timms and Jenny Ralph.  Mike lives 2 miles from the Gerrards Cross club, so local knowledge may well have assisted his team to victory!  Despite the scoreline, the Gerrards Cross members were excellent company, and if the noise from rink 1 reflected the enjoyment across the green, everyone had a great time.

Following the game, we enjoyed an excellent meal and more banter in the clubhouse.

In his speech, Kirk Smith told everyone all about the start of “The Friends”, and introduced two Gerrards Cross members who were among the first to support the Friends when the organisation was formed in 2005. His excellent speech enabled the Friend’s Captain of the Day to quietly cross out most of the notes he had made for his speech, as, one by one, Kirk covered most of what he had planned to say!

Having thanked everyone at Gerrards Cross for their excellent hospitality and presented the highest winning rinks from both teams with a little liquid refreshment and those who fared less well with a small token of encouragement, he wished everyone a safe journey home, with some of us having rather further to travel than Sue and Mike Skerry!

Graham Annetts
Captain of the Day 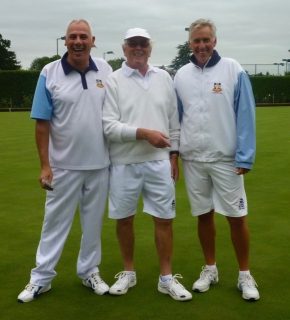 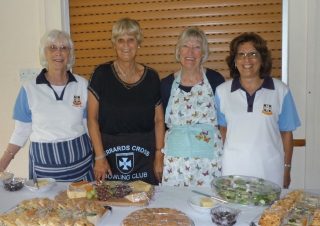 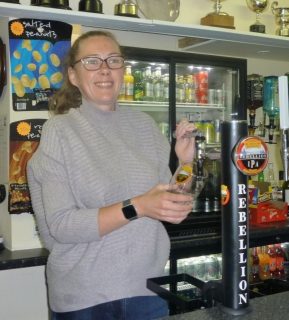 Julie attended the bar all day (after cleaning out the pipes) 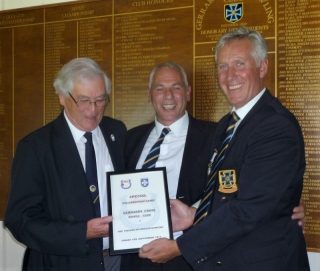