Friends of English Bowling support many of the National Championships held at Leamington …    take a look at some of the valiant winners this year.    All the photographs below are kindly provided by Bob Saunders Photography

SURREY STARS RETAIN JOHNS TROPHY
Surrey have retained the Johns Trophy after defeating Wiltshire in a repeat of the final from 12 months ago. 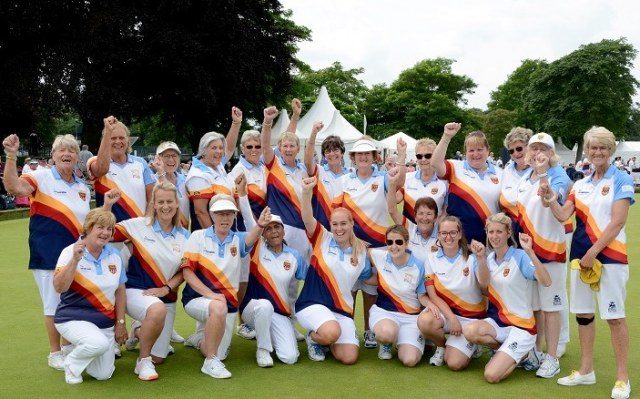 Devon have secured their fourth Middleton Cup victory in five years after defeating Kent in the Final at Victoria Park, Royal Leamington Spa this afternoon.

In a repeat of the 2016 and 2017 finals, Devon defeated Kent, who haven’t won the title since 1993 – despite appearing in five finals since their success against Cumbria 26 years ago. 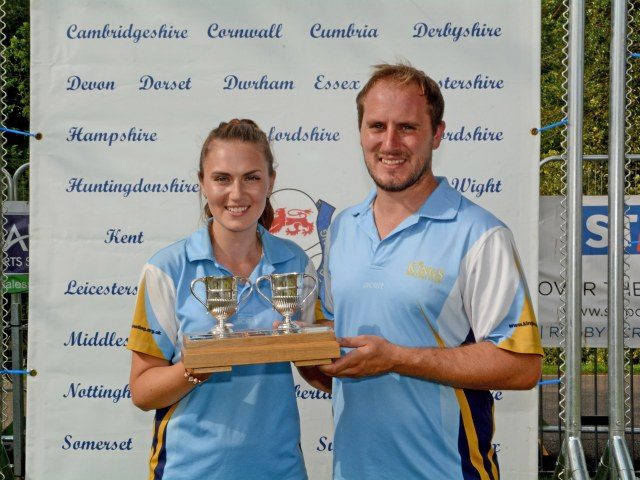 Congratulations to Devon’s Sophie and Sam Tolchard who won the Bowls England National Family Pairs competition, supported by the Friends of English Bowling.

The brother and sister duo from Kings BC defeated Northamptonshire brothers William and Jamie Walker (Northampton West End BC) in the final at Victoria Park, Royal Leamington Spa. 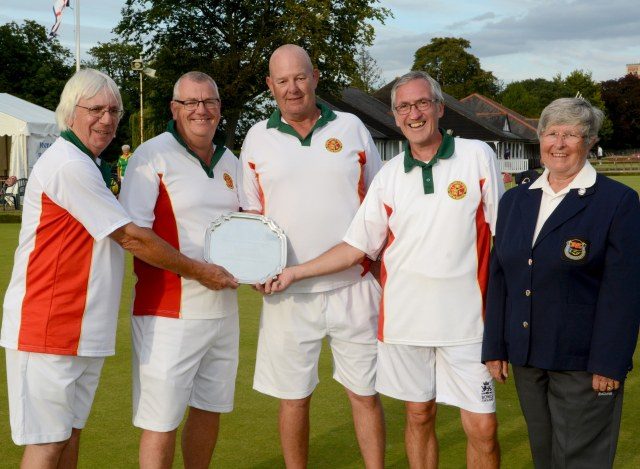 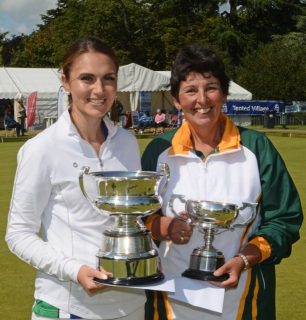 A thrilling victory for  Sophie Tolchard, in the  Womens Two Wood Singles at the National Championships in Royal Leamington Spa. 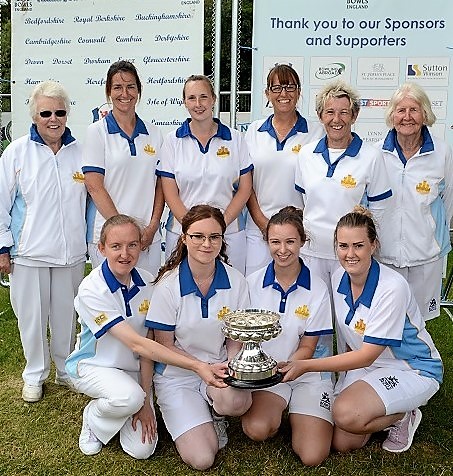 The Lincolnshire Team with The Walker Cup

Lincolnshire won the Walker Cup, after defeating Northamptonshire.  It is their third success in the competition, adding to previous victories in 1976 and 2000. 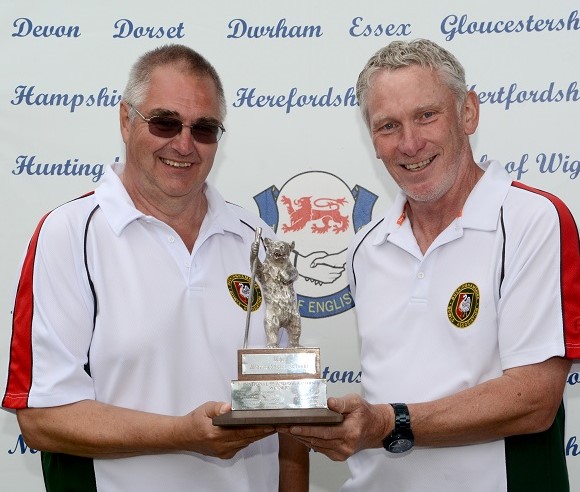 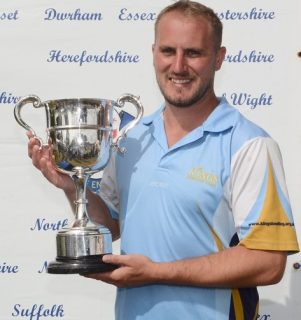 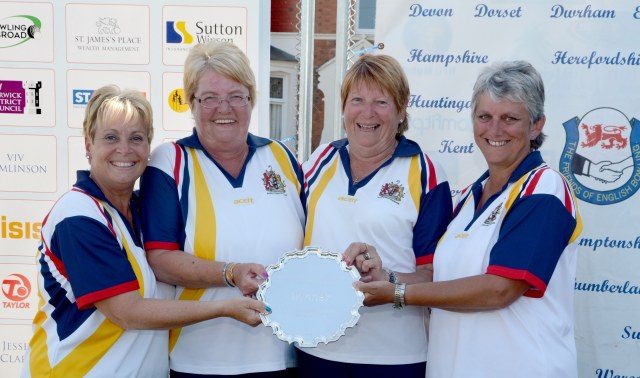 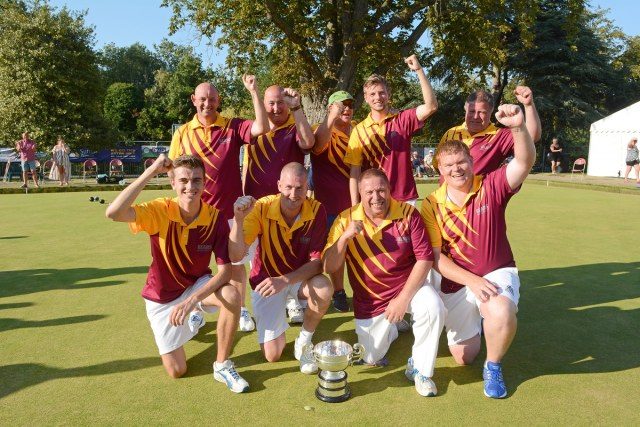 Warwickshire won the Balcomb Trophy, to win the inter-county double rink crown, supported by the Friends of English Bowling, for the first time since 2014.  They defeated Essex, the 2017 winners, in a high quality final of the event that went down to the very last bowl of the match. 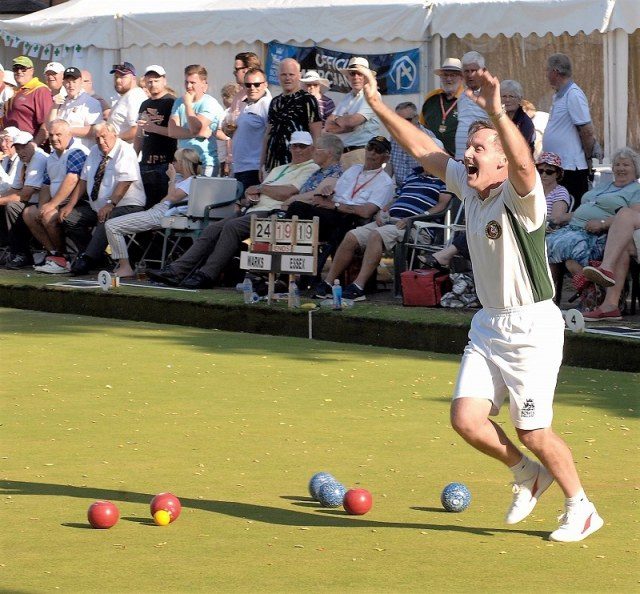 Farnish and Evans both progressed to the final after comprehensive victories in their semi-finals against Norfolk’s Peter Wilkinson and Somerset’s William Anderson respectively. 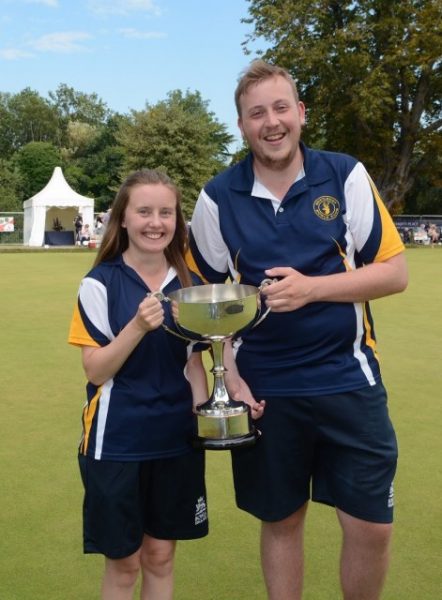 The duo from Westlecot BC defeated Kent’s Sara Trotter and Dave Mason in the final.  Smith and Titcombe never looked back after winning eight of the opening 10 ends to surge into a 13-3 lead, eventually securing the title 24-8 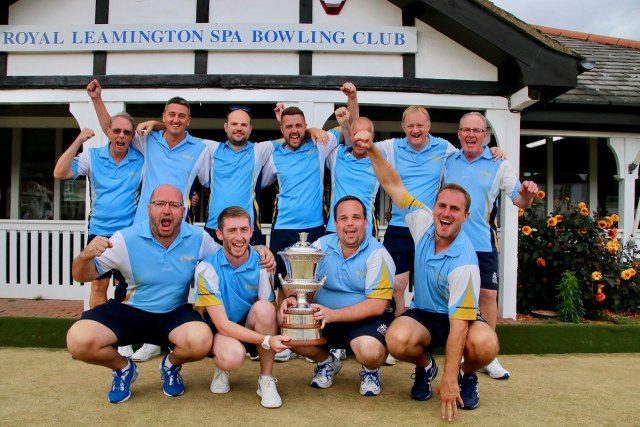 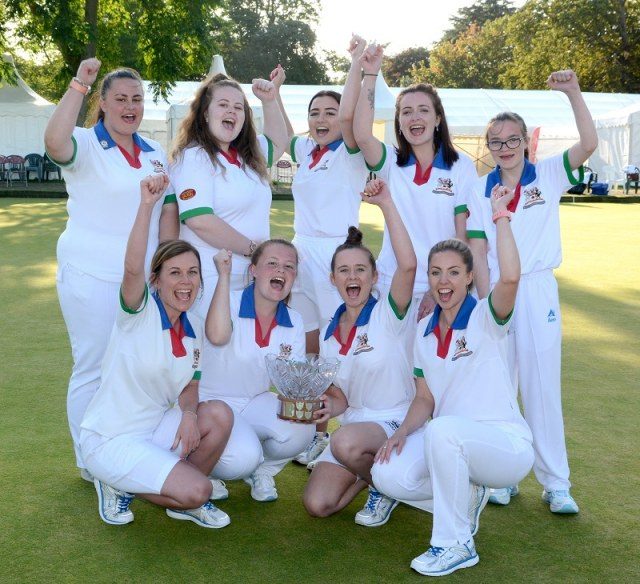 A great day for the Northants Team

Northamptonshire have secured the Amy Rose Bowl for the first time after defeating Somerset.  It’s Northamptonshire’s first appearance in the final of the competition, which started in 2000, reaching that stage with victories over Lincolnshire Lionesses and a remarkable extra end defeat of Devon Belles.

In the final, Northamptonshire dominated from the start against rinks skipped by the experienced Laura Holden and Stef Branfield, securing a comprehensive 34-15 victory. 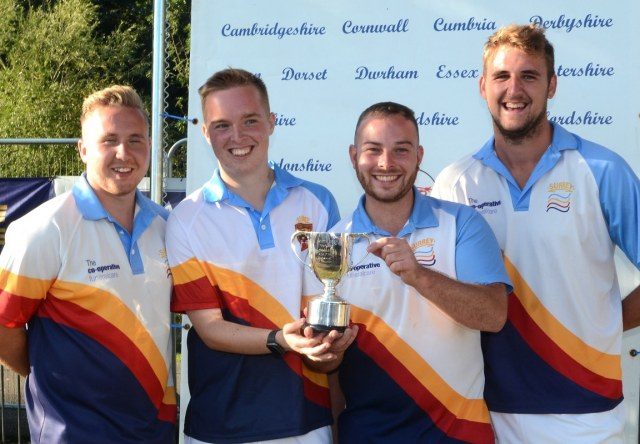 The Surrey Swifts recorded earlier wins over Northumberland Geordie Boys and Northamptonshire Saints on their way to securing the title, with the Northamptonshire Cobblers defeating Hampshire Hogs and Wiltshire Moonrakers to reach the final. 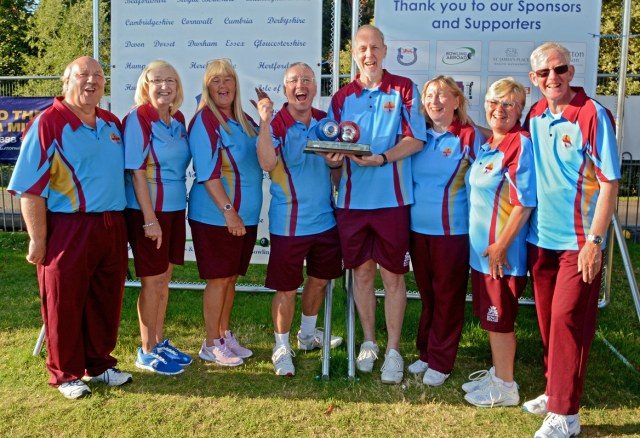 The joyful team from Camberley BC

Surrey’s Camberley BC have won the 2019 Tony Allcock Trophy, supported by the Friends of English Bowling, defeating Box BC from Wiltshire 42-36.

Box were in control in the opening stages of the match with Nick Grenfell’s rink leading 15-2, before a remarkable run in the second half of the contest by Camberley’s David McCallum’s quartet to ensure a 21-21 draw.

It is the second time that Surrey has enjoyed success in the Tony Allcock Trophy after Supreme BC secured the inaugural event in 2011. 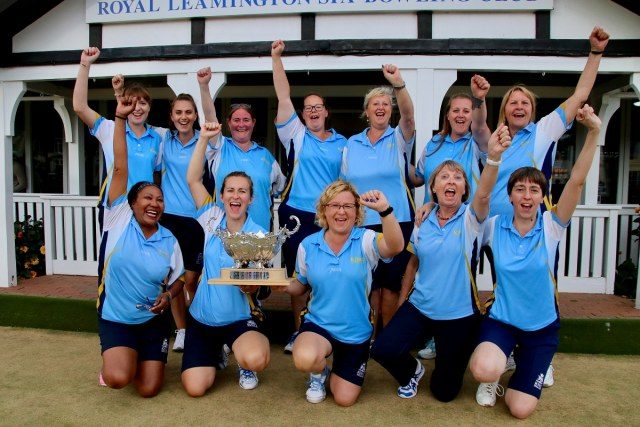 The triumphant ladies from Kings BC, Devon   –  photo provided by Allen Simms

Devon’s Kings BC have retained the Women’s Top Club title, after defeating Baldock Town from Hertfordshire in the final.

Sophie Tolchard sent Kings on their way with a 21-19 victory in the singles, recovering from a 3-16 deficit against Devon Cooper.  The senior international duo of Emma Cooper and Natalie Chestney also overhauled an early 3-12 scoreline in the pairs discipline to record a 23-13 success, whilst the Devonians also enjoyed victory in the triples for a 3-1 win.  Kings reached the final with a 3-1 victory over Buckinghamshire’s Gerrards Cross BC, while Baldock Town defeated three-time champions Wigton BC from Cumbria in the last four.

Baldock were competing in the final for the first time since 2003, whilst Kings enjoyed their third success in the event.

Devon’s Kings BC won the Men’s Top Club title for the fourth successive year.  They defeated Buckinghamshire’s Gerrards Cross BC 4-1 in the final at Victoria Park, Royal Leamington Spa.

Kings comprehensively defeated Bedfordshire’s Sandy Conservative BC, whilst Gerrards Cross reached the final for the first time since 2005 after securing a narrow victory over Huntingdonshire’s Warboys.