Weatherwise when we turned up at this club in Northampton, it did not look good.  It was trying to rain, and the sky was thick with clouds.  However, we were made very welcome, and a buffet was prepared for our arrival.

prepared for a wet game

The game started on time and after 6 ends the weather had improved.  At 10 ends we went inside for tea and cake with the score 44-47 down but winning on three rinks.  Out we went again to continue the game, which ended with a win to Abington 123- 107, but Friends still managed a win on three rinks.

There was plenty of banter and laughter from all rinks and I felt everyone was enjoying themselves.

By the time we were sat with our after-match dinner the sun was shining. 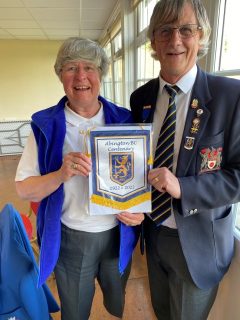 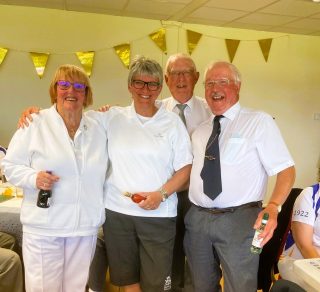 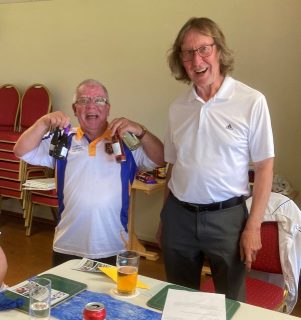 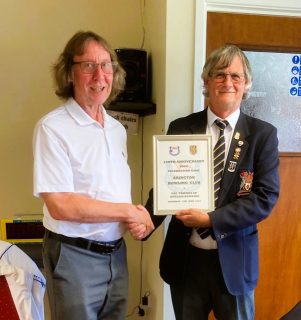 Speeches were made by Abington’s Saturday Captain, Phil Reeve, their President Jonathan Brown, and myself, producing more laughter and hilarity.

Finally it was time to leave, with some players looking forward to returning later in the season with Bowls England.