The journey up was a little wet and we wondered if we would be able to play at all; fortunately, it stopped, and we were able to play a full game.   We were here today to acknowledge one of Thrapston long-standing members, Terry James – he didn’t have a clue that’s why we were there.

all ready to play

The game was very close all the way through with only a couple of shots in it, but the final win went to Thrapston 113-95. 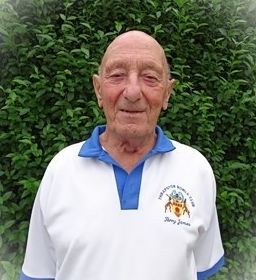 We came off the green to a lovely tea of Fish and Chips.  Terry James was overcome with emotion when I told the gathering that he was the reason we were all there.  Terry started bowling in his twenties, and he is now 88 years old and still bowling.  He was an International trialist 3 times, won 3 National titles. His county honours are outstanding he won the County Fours for the first time in 1975, and out of 23 County Competitions he has only lost 5.  Terry has also won many club titles.  It was great to see him on the green bowling today. 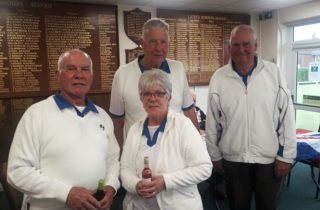 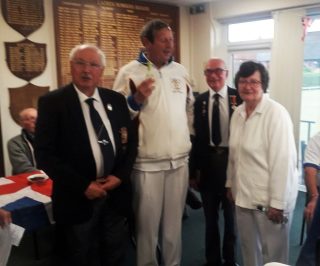 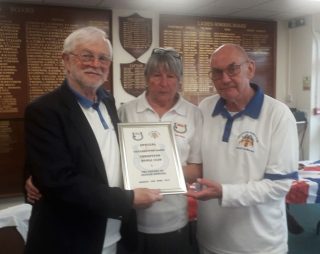 a memento of the day

Thanks to the Thrapston Committee and members for a lovely afternoon and special thanks to the greenkeepers, the green bowled well.