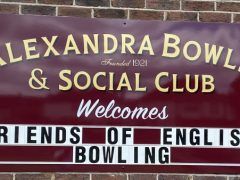 On arrival at the club we were greeted by a wonderful array of colour from a multitude of hanging baskets, planters and flower beds.  They are tended by one single member of the club, Mrs. Jean Swan who is still very active in her 80th year.   Well done Jean, a spectacular achievement.

We were kept well refreshed during the match with jugs of Lemon water which helped us cope with the blistering heat.  A full game of 21 ends was played and from the noise on the green it was evident that everyone was having an enjoyable afternoon.

Following a very nice buffet lunch prepared by Jackie we took to the green where the Senior Vice President Kelvin Byng and I welcomed the players to the club.  The score in these matches is not relevant but the Friends played very well and came away with a 5 rinks to 1 victory.  Following the 2-course after match meal, Kelvin and I said a few words of thanks and presented gifts to the winning rinks.  I had previously prepared a few Wrong Bias certificates, just in case they were needed, and they were not wasted.  From the Alexandra they were presented to Tina Amps and Jean Chamberlain and from the Friends, Lesley Summersgill received the “honour”. 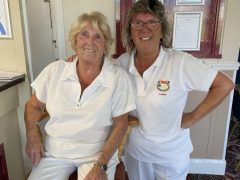 Jeannie Swan who looks after the beautiful flowers, with her chum Lesley 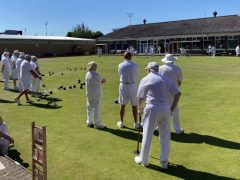 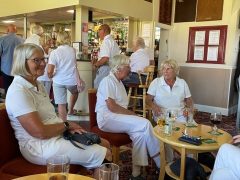 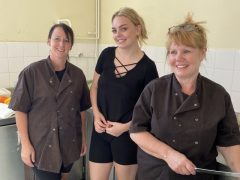 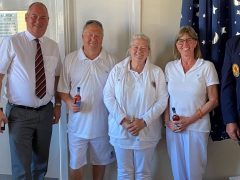 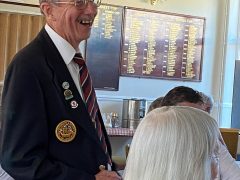 Captain of the Day, Vic Phipps 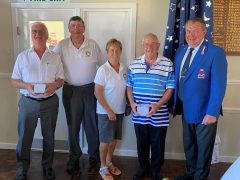 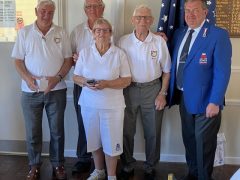 Ooops – not the best score! 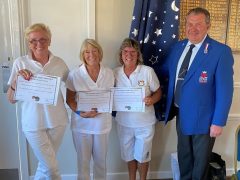 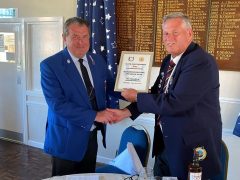 A Memento from Friends

Thank you to the Alexandra for a splendid day of fun, food and friendship.

Congratulations on your Centenary.

Paul Robson
Captain of the Day