Sunday 17th July, at Avon BC 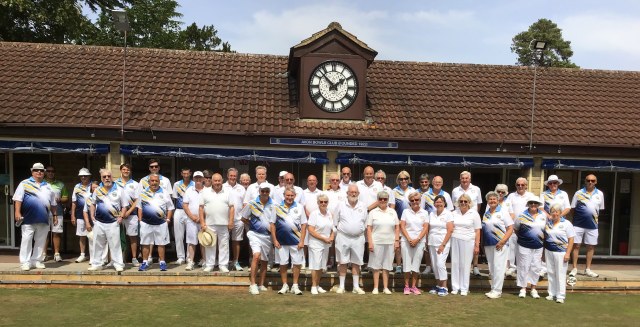 We arrived at the Avon B.C., Melksham, Wiltshire on Sunday in glorious sunshine, fortunately there was a bit of a breeze.  This game was to celebrate the club’s 100 years, but also the ladies 50th Anniversary.

We had an excellent buffet lunch before we went onto the green for photographs and formalities.  It goes without saying it was extremely warm, however the Friends had a successful afternoon, winning by 4 rinks to 2.

Following the match we sat down to a choice of 3 cold meats and salad followed by a super dessert…  all thankfully received.   On then to the speeches by the two captains of the day: Adie Lloyd for FoEB and John Crowder for Avon BC, who gave their heartfelt thanks to all who had helped to put the day together, and not forgetting to congratulate the successful top rinks.     For FoEB these were Maxeen Fletcher, Richard Pearce and Clive Handscombe (21 shot difference), and for Avon BC, Marian Waters, Terry Cook, Alfie Holland and Ryan Williams (10 shot difference).   Adie went on to present Captain John with our Certificate to remind them of our day together.

Some photos to remember our day. 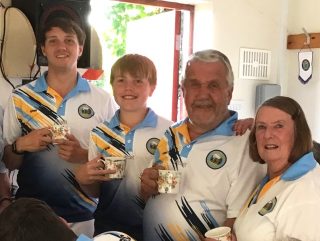 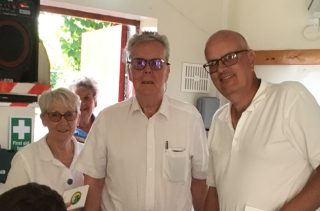 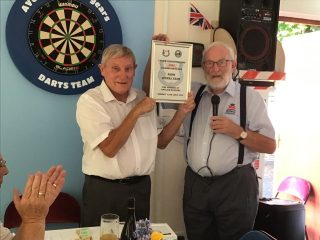 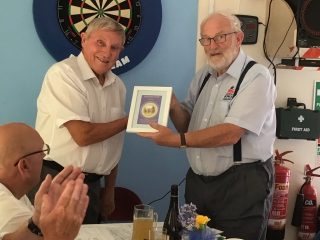 Certificate for Adie presented by John 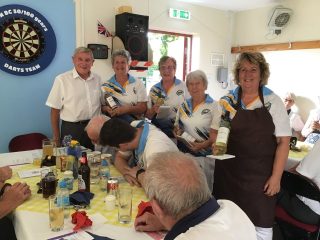 Thank you for our food!! 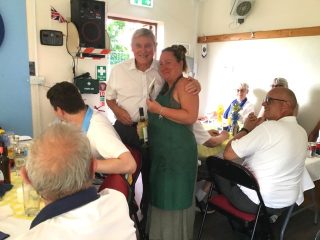 Not to be left out of the “thank you’s”

As always, all good things must come to an end, and everyone was wished a safe journey home.

Thank you, Avon B.C., for being such excellent hosts.

Adie Lloyd
Captain for the Day