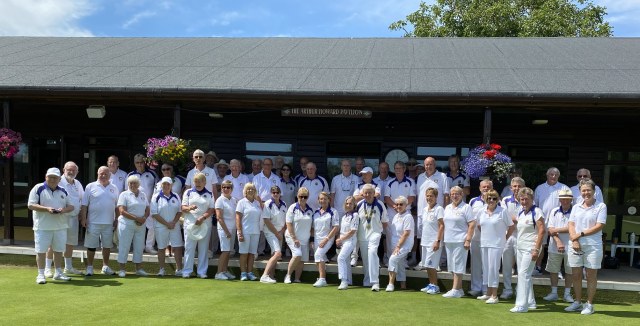 The happy, and very warm teams 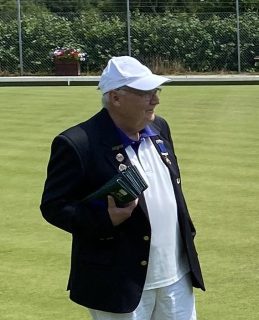 Adie Booth Captain of the Day

It was another scorching day.   Some of us arrived a little early, but it was no trouble for Adie Booth (yes, another Adie) who was there to greet us, and opened up the bar, before heading home to change..   cold drinks were enjoyed under the shade of the clubhouse.

We were welcomed by President Bill Bailey and the two Captain Adies.   Adie and Adie had previously met in Spain, and Friends of English Bowling were here today to fulfil the promise they had made then, to visit Meon Valley BC.

Despite the heat, the game went really well, especially for Friends who won on all rinks.  Congratulations went to Frank, Maddie, Richard and Andy who had the Top Rink, and Meon Valley’s Ken, Kate, Colin and John who only missed out by 1 shot. 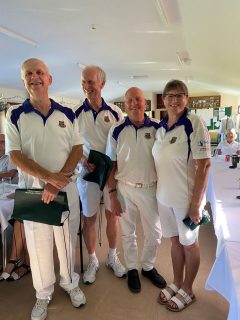 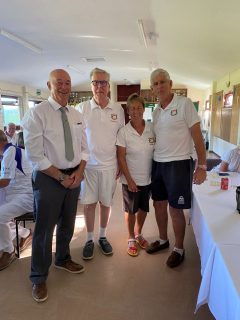 We all enjoyed a lovely meal together, prepared by Carol, Pat and Lorraine.   There were many people to thank for helping to make the day run smoothly, and President Bill had a jolly good go at mentioning them all!   Take a look at the photographs, and hopefully most of them are featured.

Adie fully reiterated his thanks and took great pleasure in presenting President Bill with a certificate as a memento of our visit. 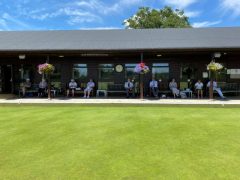 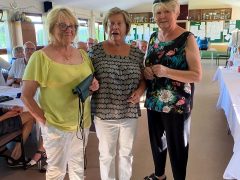 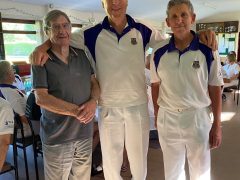 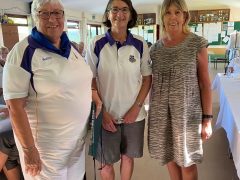 The bar was ably manned by Sally, Chris & Liz 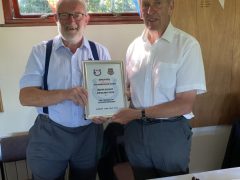 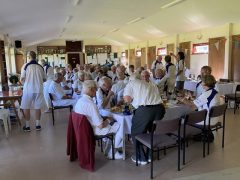 Thank you very much Meon Valley BC – a great green and lovely clubhouse…   a lovely, if rather hot and sticky, afternoon.