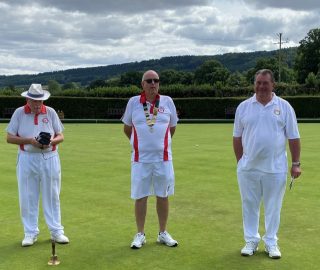 This was going to be for many of us our last game of the three played in Herefordshire, and the weather was again looking good.  There was ample parking, and the clubhouse and green looked great.  Our Captain of the Day was Paul Robson, and President Clive Handscombe (Friend’s Treasurer) was the host.    Marion Powel, Jill Bowen and Cynthia Bevan served a magnificent buffet, and we were ‘well-watered’ at the bar by Christine, also in charge of the raffle.   There was a little delay before the game began, as our understanding of the start time differed by 30 minutes.

Play began with a Spider, won by Andy Hunt, who is now in proud possession of a very nice bottle of scotch!   The funds would be going to ‘The Cart Shed’   which supports Armed Forces veterans, a charity supported by Kim Hendricksen, Ladies President of Bowls Herefordshire. 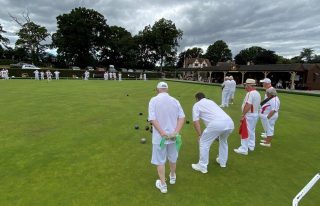 On to the game, and we played 6 rinks, 21 ends.  The green bowled really well however even though each side won three rinks each, the overall score went to Weobley 127-107.   Congratulations Weobley!

If we though the buffet was good, the after-match meal was a feast – lasagne with salad and garlic bread, followed by cheesecake, then cheese & biscuits.  We felt very spoilt….  and very full! 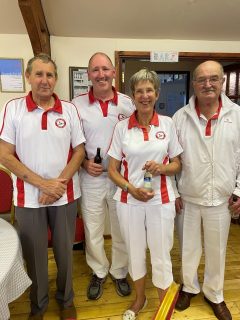 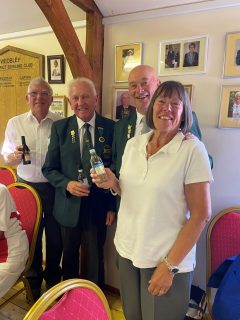 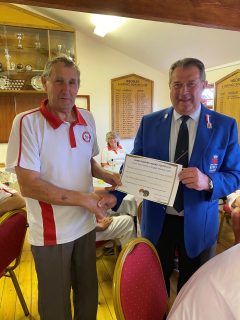 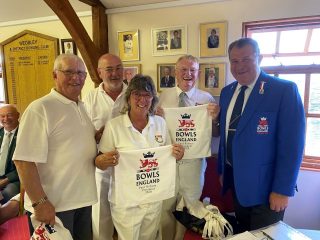 President Clive thanked Friends for visiting his club, helping to commemorate 75 years of existence.  Originally the club was situated in the village but moved 15 years ago to the new site.   He went on to thank all those members of Weobley BC who had helped to make the day so successful.   This was reiterated by our Captain Paul:  to Marion, Jill, Cynthia, Ruth and Sandra for the magnificent catering, the club’s Captain, Glyn Perry, Colin for the green maintenance, Christine for the bar and raffle.  Paul had further gifts to distribute:   Top Rink for FoEB, Andy, Steve, Sue and Richard; Top Rink for Weobley, Paul, Guy, Sally and Mike… and although he played in the top rink Paul Eagling was also awarded a certificate for ‘Wrong Bias’ which brought about much laughter.   Paul also recognised Friends lowest scorers:  Lesley, Dave, Ian and Martin. 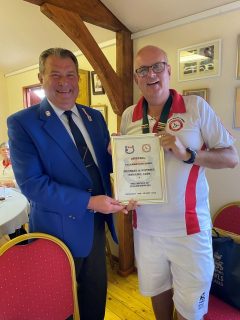 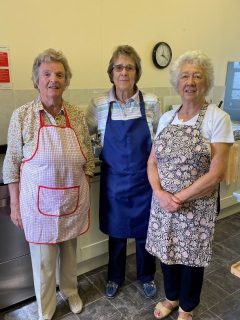 Thank you Marion, Jill & Cynthia for the delicious food 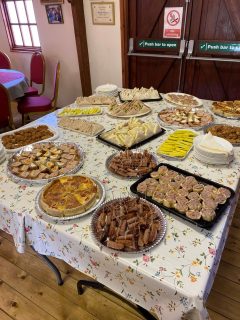 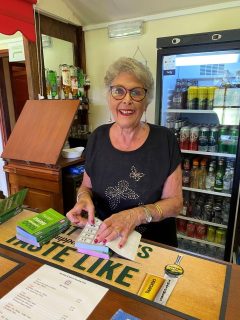 The bar and the raffle, ably ran by Christine.

And finally, President Clive was presented with a certificate from Friends as a memento of our day together.  Weobley’s Captain Glyn Perry closed the event, and wished us all a safe journey home, back to our various counties.  A great day, enjoyed by all.